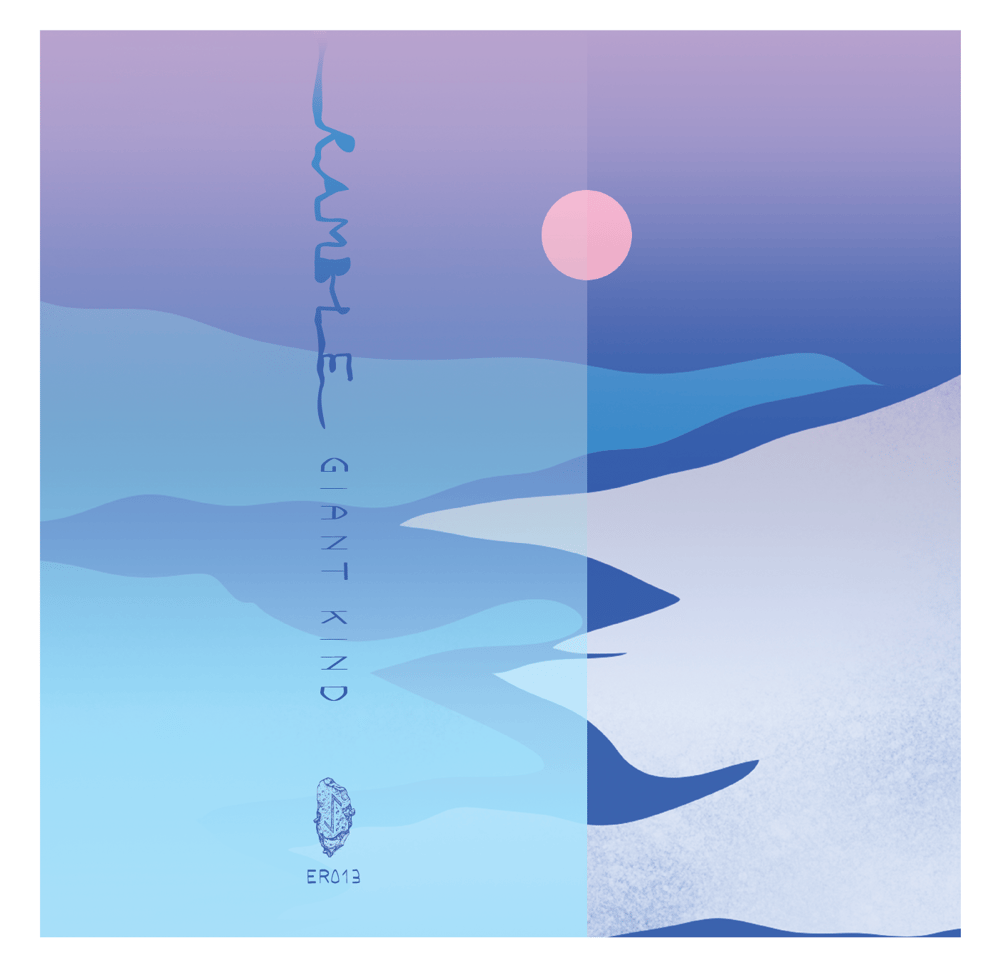 Looking to heighten its emotional reach to new horizons with an embrace of more eclectic soundscapes, Eihwaz Recordings is proud to present its first electronic/ambient release - the calming cold sounds of Northern Michigan's Giant Kind, and its latest release on cassette, Ramble.

From the artist, Jack Hannert:

"Giant Kind started from a love of listening.

My early recordings grew from a combination of appreciating natural sounds and finding beauty in mundane sounds; bringing them all together as droning free-folk. Two albums were released by Reverb Worship during this era of Giant Kind.

The switch to electronic music came out of a desire to build the sounds and allowed me to reshape and refine them in a way that I couldn't with acoustic instruments.

Even though it's electronic music and I'm using a machine, my hope is that it's still a reflection of my natural surroundings. Much of the current Giant Kind music is written in the evenings as a way to find inner calm, to center or as a meditation.

Jack has occasionally been involved in metal projects as a vocalist, and also contributes to a family band/community project creating music for the winter solstice every year.